Smoke from your AC isn't something to ignore. Although some smoke issues end up being harmless steam, you don't want to risk the safety of your family or home. Turn off the unit until the problem can be determined and repaired.

Drain clogs fortunately don't cause smoke, but the steam can easily be mistaken as smoking. The drain usually becomes clogged by debris in the line, such as mold or algae growth. The condensation in the unit will be unable to drain away, so it will collect inside the AC where it will be in contact with hot components. The result is steam. You don't want to ignore the problem, though, since water in the unit can lead to electrical shorts and real smoke issues.

Much like condensation from a clogged drain, heavy air moisture during humid weather can also lead to steam. Generally, the steam will only come out of the unit at the beginning of the cooling cycle because it will quickly evaporate out of the unit as the components inside heat up during operation.

Overheating can lead to a complete failure of the AC and the need for premature replacement. It can also cause small fires in the unit. An AC system usually overheats when there is poor airflow, typically from a clogged air filter or dirt in the system. Replace air filters often and schedule annual maintenance and tuneup visits to prevent the unit from overheating. These tactics will also prolong the service life of your AC unit.

Any electrical component in the unit can fail or short out, from the wiring itself to the various switches and capacitors inside the unit. Smoke from electrical components often comes with a metallic odor in conjunction with the regular smoke odor. Electrical failure fires can get into your walls, depending on the cause, so it is vital that you cut all power to the unit immediately if you suspect the electrical system is to blame.

The good news is that smoke and smoke odor from a problem motor usually won't lead to a house fire, but the bad news is that it may mean it's time for a new AC. If the motor has burned out or seized up, you will have to decide whether it is more cost-effective to replace the motor or the entire unit. In some cases, the smoke and the problem is due to a worn belt, which can fortunately be replaced at a low cost.

Contact an emergency HVAC repair service if you are having issues with a smoking unit. 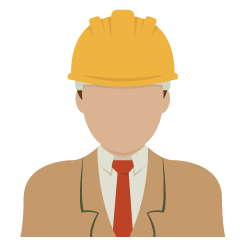